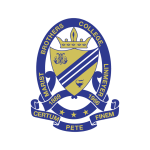 Gerald first picked up a guitar at age 15 and through his musical journey he joined the SADF and served in the entertainment core. He later joined the local band Stingray and recorded and toured around the country. Gerald has also free-lanced and recorded with many South African artists such as, PJ Powers, Steve Hofmeyer,

Gerard went on to play in the local blues rock trio Fat City and also played with Shirley Bassey on her South African tour. He eventually moved on to theatre, playing broadway classics as The Rocky Horror Picture Show, Joseph and the Amazing Technicolour Dreamcoat, Hairspray, Footloose, Rent, We Will Rock You, Cats and many of Janice Honeyman’s Pantomimes at the Civic Theatre, to name but a few.

For the last several years Gerald has taken to teaching young minds in both Guitar and Bass at Marist Brothers, Linmeyer.

The Marist Brothers Linmeyer website uses cookies to ensure that we provide the best possible experience to our users. All data collected is anonymous
By clicking “Accept”, you consent to the use of cookies.
PRIVACY POLICYCOOKIESACCEPT
Manage consent

This website uses cookies to improve your experience while you navigate through the website. Out of these, the cookies that are categorized as necessary are stored on your browser as they are essential for the working of basic functionalities of the website. We also use third-party cookies that help us analyze and understand how you use this website. These cookies will be stored in your browser only with your consent. You also have the option to opt-out of these cookies. But opting out of some of these cookies may affect your browsing experience.
Necessary Always Enabled
Necessary cookies are absolutely essential for the website to function properly. These cookies ensure basic functionalities and security features of the website, anonymously.
Functional
Functional cookies help to perform certain functionalities like sharing the content of the website on social media platforms, collect feedbacks, and other third-party features.
Performance
Performance cookies are used to understand and analyze the key performance indexes of the website which helps in delivering a better user experience for the visitors.
Analytics
Analytical cookies are used to understand how visitors interact with the website. These cookies help provide information on metrics the number of visitors, bounce rate, traffic source, etc.
Advertisement
Advertisement cookies are used to provide visitors with relevant ads and marketing campaigns. These cookies track visitors across websites and collect information to provide customized ads.
Others
Other uncategorized cookies are those that are being analyzed and have not been classified into a category as yet.
SAVE & ACCEPT